Skip to content
Previous Next
A secret in saliva

A secret in saliva 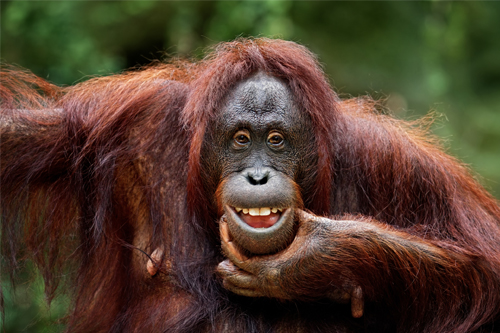 Two million years of eating meat and cooked food may have helped humans shift further from other great apes on the evolutionary tree. The evidence is in our saliva, according to new research from the University at Buffalo (UB), New York.

The human diet – a result of increased meat consumption, cooking and agriculture – has led to differences in the saliva of humans compared to other primates. Human saliva is unique in that it is more water-based and contains a different mix of proteins to our cousins.

“Salivary proteins in humans and other primates could be overlooked hotbeds of evolutionary activity,” said Stefan Ruhl, lead investigator and Professor of Oral Biology in the UB School of Dental Medicine: “We knew already that evolutionary adaptations to a human-specific diet have resulted in obvious changes to jaws and teeth, as well as the oral microbiome. Our findings now open up the possibility that dietary differences and pathogenic pressures may have also shaped a distinct saliva in humans”.

The researchers compared the salivary proteins of humans and our closest evolutionary relatives: gorillas and chimpanzees, as well as macaques. Key findings include:

The study was published in Molecular Biology and Evolution. The research was supported by the American National Institute of Dental and Craniofacial Research.